a letter to our minister 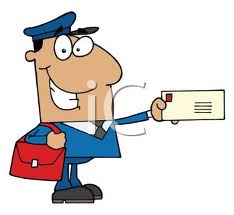 To whom it may concern

i just saw in the news on tv a few days back and i was rather annoyed with the statement made by the minister of housing regarding the fact that they (the ministry) unable to produce a special act/ policy/ circular regarding the erratic rises of the price of houses these days. they claimed that they (the government) cannot control the prices because of the high demand of the houses and properties as well as the rising cost of raw materials. it is such a crap thing, i think...i mean, you are the GOVERNMENT. you make policies, rules and regulations, acts and circular yadda yadda...what do you mean when you dont have the power to do so...after all, all the laws and legal acts were made by the previous  government. things can change. if you can make our students confused with all sorts of policies and education programs, one day PPSMI, another day, no more PPSMI, so why cant you take control over the housing price like how you control all the controlled items like flour, sugar..like you can subsidised petrol...why cant help us in getting a decent inexpensive house??

one and half year ago, i booked a house in Alam Sari which is the only freehold land under PKNS in Bangi, the rest were least hold. the starting price of the house was RM 390 k plus...to me that was already expensive though i know that other colleagues of mine spend more than RM 500k for a dream house. i finally gave up that house due to other financial commitment. now, it has been more that one and a half year, guess what is the price of the SAME house? it reaches up to RM500k....imagine how much is the increment? when you say prices increases because of demand, highly cost materials and value of the land...how do you actually determine the value of the land? it's just a speculations, isn't it?  just a number with an unknown formulatory giving you the so-called value of the  house. so if there is an increment of more than RM100k per year, what is the price of the house in the next 3 years? 5 years? 10 years? what's gonna happen to my children...who will be an independent adult in the next 20 years? i'm sure by that time, houses will cost millions. even now, i've seen double storey  terrace house with land about 20x70' selling at the price of RM500k...that is in Kajang2...where are my children going to live? loans with banks now are also a hassle as for RM500k house will cost about a million or so when you complete your bank loan..if you're still alive to make the ful payment. thanks to the high interest rates.

our value of money is getting smaller, sooner or later, our currency will be similar to Indonesia which has very little value. imagine i small pack of nasi lemak in the future will cost you RM 25.....and with the little increment of salary for government servant, how are we going to survive in the coming future? how will our children live in that so-called modern urbanisation? my husband kept on asking me...by the time our children grown up, how are they going to buy houses if is is going to be more and more expensive? even now, i can only afford for necessity, not luxurious life....the poor will get poorer and yes... the rich will get more rich... true?

oh i forgot.. i probably asked the wrong question to the wrong person....you probably has not think about it yet...and yes if you do think about it, it's more for you own family and crony, isn't it? oh...cronyism....you probably has not think about it, about the future of your citizens because you are plainly thinking about yourself and survival of your own generations. and yes.. you will say "it's nature...those well will survive, others will extinct"..you dont feel our difficulties because by now, i bet you have lots and lots of investment and properties and houses...the number of houses/ properties you have are basically enough to sustain few lines of your generations... but not for us the citizens.

yearly, the prices of basic necessities are increasing but the increment of our salary is not up to the increment of these prices. cost of living shooting up but our salary is like snailing up the wall. my husband had a good KPI this year comparing to previous years but because they have this stupid bell shape graft to normalised and equalised the KPI score, my husband KPI has to be downgrade? what such nonsense is that? if you perform..you perform lah.. why do you have to downgrade? so what's the point of doing KPI if motivated staff who work really hard for a good KPI but in the end, being downsized?? in the end, that is what happened in government service...little increment,  little incentive but work like a cooly.. so everyone ended up doing their work "lenggang lenggang kangkung" or "melepaskan batuk di tangga" or "cant be bothered anymore" only.

so if you are the government, why are you not seeing this? not doing anything about it? you making lots of excuses and fuss like as if in the next General Election, you're predicting that you're going to lose, becoming the opponents, that is why by now, you're making statement that you are unable to do anything now.

you're so clever, you are chasing for glamorous, modern urbanisation and civilisation is looked as having a modern city with high sky rise building, chic fashion, modern dancing students like the permata....but yes, you forgotten few things...too much investment on those but little on other important element of being "modern" in term of health and "modal insan" and "sahsiah"... well just look at our teenagers now a days... so spoilt..the rates of premarital sexual and baby dumping increasing each year...we are moving back to jahilliyah world... aren't you concern about it? or you're too concern about your own survival.. oh yes... i forgot....you do want to survive.. on your own...what about health? you "catu-catu" all the medications, from originals to generic which is yes, less expensive therefore poorer control of diseases because they (medicine) are cheap, so they are less effective too.

you blinded everyone with all your colourful policies and incentives but in the end, brings nothing but more disasters to us...thank you....what can i say... 1Malaysia lah...

p/s - and yes, i'm also struggling finding enough money to get my son to a good kindergarten because now a days, they are quite expensive.. what to do, my salary is not enough for that. but one thing for sure, i'm not sending him to KEMAS nor Permata, he's only going to learn dancing and singing there.. sorry no thank you.
Posted by Dalisha at 00:13

Email ThisBlogThis!Share to TwitterShare to FacebookShare to Pinterest
Labels: Life